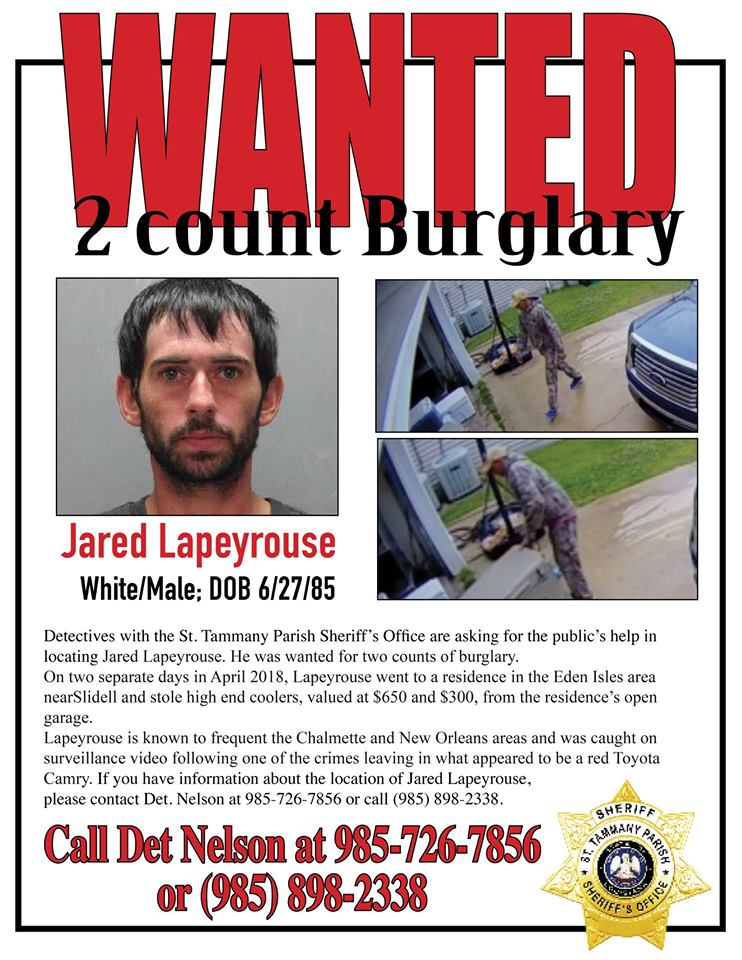 Detectives with the St. Tammany Parish Sheriff’s Office are asking for the public’s help in locating Jared Lapeyrouse. He was wanted for two counts of burglary.

On two separate days in April 2018, Lapeyrouse went to a residence in the Eden Isles area near Slidell and stole high end coolers, valued at $650 and $300, from the residence’s open garage.

Lapeyrouse is known to frequent the Chalmette and New Orleans areas and was caught on surveillance video, following one of the crimes, leaving in what appeared to be a red Toyota Camry.
If you have information about the location of Jared Lapeyrouse, please contact Det. Nelson at 985-726-7856 or call (985) 898-2338.