The Covington Police Department is asking for the public's help in locating Cedric Dejuan Laurant, 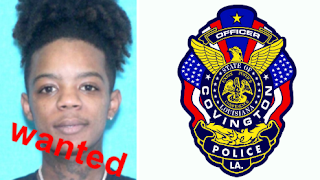 Jr.(19), identified as the shooter in an incident that occurred Tuesday (February 5, 2019) in Covington. One person was injured in the shooting, and sustained non-life threatening injuries.

Warrants were obtained for Laurant's arrest on the charge of Attempted Second Degree Murder (4 counts).

Anyone with information is asked to contact the Covington Police Department at 985-892-8500. You can also contact Crimestoppers at 504-822-1111, where you can remain anonymous and may be eligible for a cash reward.

Laurant is considered armed and dangerous, and anyone who may come into contact, please use caution and contact the police Immediately.