Parent Threatened Another Parent With Firearm 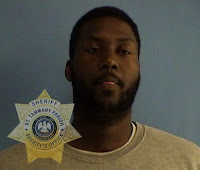 Tyronne Causey (32) of Slidell was arrested after he threatened another parent with a handgun while
they were waiting to pick up students at Cypress Cove Elementary School shortly before 4:00 p.m. On Thursday, April 12, 2018.
St. Tammany Parish Sheriff’s deputies were called and the school was briefly placed on lockdown as a safety precaution.
Causey was booked on the charges of Aggravated Assault with a Firearm and Possession of a Firearm in a Firearm-Free Zone.
at 4/13/2018 05:29:00 PM