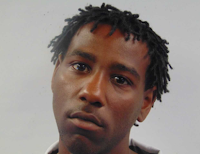 The Washington Parish Sheriff’s Office arrested Kelvin D. Jackson (20), a resident of Howard Street in Franklinton, on June 14, 2017 for burglarizing an unlocked vehicle in the parking lot of a sporting event. The owner of the vehicle had returned to his vehicle when he realized he had not locked it but a cell phone and cashier's check was missing. Witnesses stated they had seen an unknown person standing near the burglarized vehicle.
A break in the case came when a person attempted to cash the check. Officers interviewed that person and learned that Jackson had provided the stolen check. Jackson was then located and arrested.
“This was an obvious case of car-hopping,” stated Sheriff Randy Seal. “That is a term used when a criminal will enter a parking lot and go from vehicle to vehicle until they locate one which is left unlocked. I caution all parish residents to lock their vehicles at all times when it is outside of their presence, even in the driveway at home. An unlocked vehicle is an open invitation to a criminal to open the door and steal anything of value that might be inside.”
at 6/26/2017 04:10:00 PM