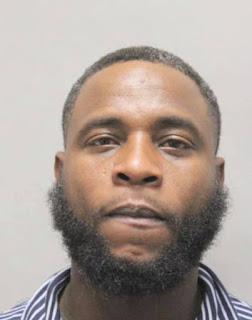 A stand-off, with a rape suspect from New Orleans, ended peacefully early this morning (January 26, 2021). Around 8:00 a.m., Slidell Police were contacted by the U.S. Marshals Fugitive Task Force, in reference to a suspect who was wanted by N.O.P.D. for 1st Degree Rape and Home Invasion. The suspect was hiding in an apartment at the Bella Sera apartment complex.

The suspect, 36-year-old, Anthony Nathaniel Green, age 36 and of New Orleans,  barricaded himself inside of the apartment when officers arrived. The Slidell Police Special Weapons and Tactics Team (SWAT), was deployed to assist with apprehending Green.

Residents were asked to stay inside as the suspect “may be armed and dangerous”. After a brief stand-off, SWAT Negotiators were able to make contact with Green and convince him to surrender. Green was then taken into custody without incident.