Washington Parish Sheriff’s Office Corrections Sgt. Barry Cooper and Corrections Deputy Kole Brumfield recently discovered and seized a significant amount of contraband which had been thrown over the jail fence on July 31 and August 9. Through the use of jail video and other surveillance tools, the officers seized loose tobacco, cigarettes, cigars, rolling papers, marijuana, synthetic marijuana, a knife, a cell phone and a bottle of vodka. 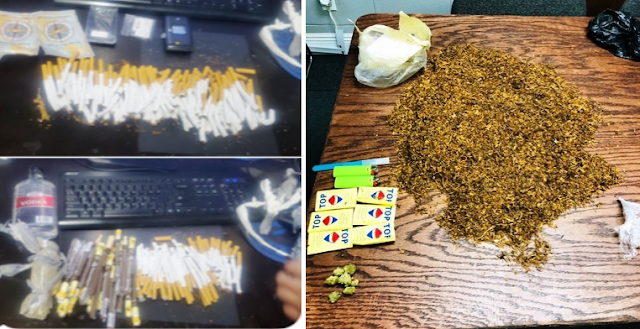 The identity of the person or persons who threw the contraband over the fence has not yet been determined. Video surveillance, however, clearly showed the contraband inside the jail fence before it could be obtained by any inmate.

“Our corrections deputies don’t receive the credit they should,” stated Sheriff Randy Seal. “These fine men and women do an excellent job not only supervising the most dysfunctional citizens of our parish but also protecting the honest citizens of our parish. I am so grateful for all they do in the performance of their duties. Any person who is identified as introducing contraband into the jail may be assured we will arrest them and introduce them to jail life as a Washington Parish inmate.”