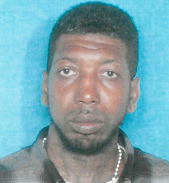 The St. Helena Sheriff's Office Detective’s Division, led by Chief Detective Laurie Sibley, interviewed witnesses which led to the arrest of Pitts. Pitts reportedly confessed to the shooting and killing of Moore.

The motive for the shooting is unclear at this time. Pitts is in custody at the St Helena Jail, charged with 2nd degree murder.