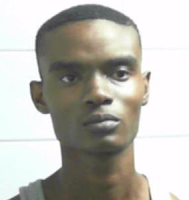 Barnes on the charges of Attempted Second Degree Murder and Illegal Use of Dangerous Weapons.

The arrest stems from a shooting that occurred on St. Louis Street on the night of June 21, 2020. A female subject was shot and sustained serious injuries, resulting in her being air lifted to a hospital out of town for emergency medical treatment. She is reported to have required multiple surgeries but will recover.

An investigation led detectives to identify Barnes and warrants were obtained for his arrest. Barnes was apprehended in St. Tammany Parish, and transferred to the Bogalusa Police Department where he was booked.