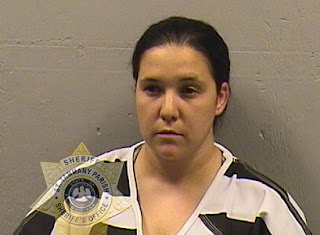 The St. Tammany Parish Sheriff’s Office has arrested Leann Simon (34), an employee of a Slidell-area daycare, after she broke the arm of a child in her care.

On July 8, 2020, workers at a daycare facility on Rosemeade Drive in Slidell contacted the parents of a 2-year-old child to inform them their child was injured and needed to be brought to a hospital. Once at the hospital, X-rays confirmed the child’s arm had been broken. The parents then contacted the St. Tammany Parish Sheriff’s Office, who began an investigation.

That investigation reportedly revealed that Simon had grabbed the child’s arm and twisted it behind the child’s back before using the arm to lift the child off the ground.