Crime Stoppers of Tangipahoa, Inc.  is reporting that, according to Amite Police Chief Jerry Trabona, 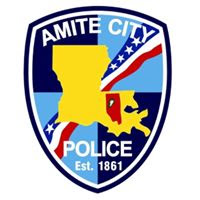 Amite Fire crews dispatched his office to a residence on Bourgeois Street where they were responding to a medical call around 6 p.m. Thursday evening (June 4, 2020). Once on scene, APD learned that medical crews were treating a victim who had been shot. Investigators were also told that there were two more victims inside the structure
.
Officers went through the home to make sure that there were no active shooters on site and found the bodies of two additional victims who were pronounced dead on the scene. They were identified as Terrence Foster (26) and Alvin Henderson (29), both of Amite. The victim who was being treated on site when officers arrived was taken to North Oaks Medical Center. Louisiana State Police Crime Lab and the Tangipahoa Parish Sheriff’s Office are assisting Amite Police in the investigation.

The murders occurred in an area of town Trabona called a “quiet place,” nestled behind the East Mulberry Street Cemetery in a residential area just minutes from Fleet Easley Park. He said the crime scene was especially disturbing, adding that investigators believe the door was "busted open.” He said investigators have some leads, and are looking into a TPSO-referred case that may be connected.