STPSO: One Juvenile Arrested - Another Wanted for Vehicle Burglaries

Several local vehicle burglaries have been cleared after a Covington-area woman called the St. 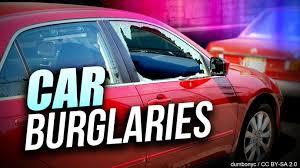 The woman told deputies she checked the bedroom her son shared with her 15-year-old nephew after someone told her the two boys were in possession of a firearm. She did not locate the firearm, but instead found what she believed to be stolen property. She immediately contacted the Sheriff’s Office.

While deputies were at the residence speaking with the mother, the juveniles were observed walking home. However, upon seeing the patrol unit, they both fled on foot.

On Wednesday (May 6, 2020), a family member located both juveniles in Mississippi.  One was apprehended by the family member and turned over to the St. Tammany Parish Sheriff’s Office. He was arrested for five counts of Simple Burglary and was released back to the custody of his mother on a custodial release.

The other juvenile fled and warrants were issued for his arrest.

The stolen property was determined to be from unlocked vehicles that were burglarized in late April in the Tammany Hills Subdivision.

Sheriff Randy Smith praised this parent who contacted the Sheriff’s Office and to the family member who helped locate them so they could be held accountable.
at 5/08/2020 11:38:00 AM