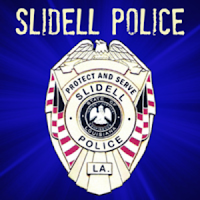 sidewalk of Robert Boulevard, which was part of his morning exercise routine. The elderly gentleman told officers that he observed a white 4-door sedan, possibly a Toyota, drive past him very slowly. The man saw the vehicle turn around, and shortly after that, he felt a sharp pain in his back. The same car appeared again and sped off towards Gause Boulevard. The elderly man realized he was shot and called police.

The incident took place shortly before 5:00 a.m. Friday morning (May 8, 2020) near the intersection of Robert Boulevard and Fountain Drive.

The victim went to a local hospital to be treated. He discovered that the projectile from the weapon (believed to be a pellet gun) was still lodged in his back, but thankfully is expected to make a full recovery.

Slidell Police Chief Randy Fandal is outraged by the incident and wants justice served for the 80-year-old victim. “The person(s) who did this are cowards and intentionally targeted this elderly man for no apparent reason. I admire the fact that this 80-year-old gets out of bed every day to enjoy his morning walk. For this to happen to him, absolutely infuriates me. No rock will be left unturned, and we will find the person(s) responsible for this,” says Chief Fandal.

Anyone with information is asked to contact Detective T.J. McNulty at tmcnulty@slidellpd.com, or you can leave a tip on the Slidell Police Department’s Facebook Page or website. You may also contact Crimestoppers at 504-822-1111. You can remain anonymous and may be eligible for a cash reward.
at 5/09/2020 12:49:00 PM