Sheyene Ray Walker, age 40 and a resident of First Street in Magnolia, Mississippi, has been in the 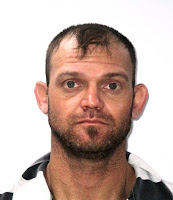 Washington Parish Jail since April 9 for an armed robbery committed in 2019. The investigation by Washington Parish Sheriff’s Office detectives revealed that Walker broke into a home in the Mt. Hermon area and was confronted by the elderly homeowner who returned home unexpectedly. Walker then confronted the homeowner with a gun, threatening to harm him if he tried to prevent Walker from taking his belongings. After the theft at the point of a gun, Walker fled.

Detectives were able to recover some of the stolen property and identify Walker as the robber. Warrants were issued for the arrest of Walker who remained on the run until he was arrested in Tangipahoa Parish on other charges. He was then transferred to the Washington Parish Jail with his bond set at $95,000 on charges of armed robbery, aggravated burglary and aggravated assault. Unfortunately, the elderly victim passed away prior to Walker’s arrest.

“Any man who victimizes an elderly person is nothing more than a sorry scoundrel,” stated Sheriff Randy Seal. “I’m so glad we caught up with him and can provide him accommodations at the crossbar hotel. Congratulations to our fine detective division on a job well done.”
at 5/04/2020 04:22:00 PM