The St. Tammany Parish Sheriff's Office advised today (May 9, 2020) that an inmate in the St. 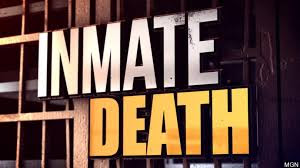 Tammany Parish Jail was found unresponsive by deputies after apparently strangling himself in his cell early Saturday (May 9, 2020) morning. The inmate, only identified as age 45 and from Lacombe, was found unresponsive at approximately 3:30 a.m. in the isolation cell where he was being held. He had been booked into the St. Tammany Parish Jail in November 2018 on drugs and weapons charges and was being held on a $109,500 bond.

Upon noticing the inmate was unresponsive, jail staff immediately began CPR and contacted medical personnel at the jail in addition to outside EMS.  Life saving measures were unsuccessful.

The remains of the deceased have been turned over to the St. Tammany Parish Coroner’s Office, who will provide identification and a determination on the cause and manner of death.

The incident is under investigation and more information will be provided as it becomes available.
at 5/09/2020 12:36:00 PM