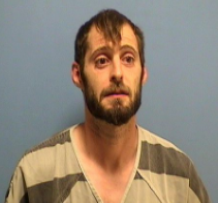 (May 17, 2020) morning after a six-hour standoff with St. Tammany Parish Sheriff’s deputies.

At approximately 10:30 p.m. Saturday (May 16, 2020) deputies where dispatched to a residence on Jarrell Road near Abita Springs in reference to an altercation between a couple. Upon arrival, deputies spoke with the victim and determined she had been a victim of an aggravated battery perpetrated by her boyfriend, Chester Lucien Rouquette. Deputies attempted to make contact with Rouquette at the residence, However he refused to exit the home, and it was believed he had armed himself with a gun.

After numerous attempts were made by deputies to have him exit the residence, the STPSO SWAT team was dispatched to the scene, and negotiators pleaded with Rouquette for several hours for him to come out of the residence peacefully. When Rouquette quit responding to negotiators at approximately 4:30 a.m. Sunday morning, SWAT Team members forced entry into the residence and took him into custody. A rifle was recovered during a subsequent search of the home.

Rouquette was booked on the charges of Aggravated Battery and Illegal Possession of Stolen Firearms.

Sheriff Randy Smith thanked the deputies and SWAT team members who worked through the night to negotiate with this individual and achieve a peaceful resolution. “Because of the patience and handwork of all of the deputies and SWAT team members on scene, this standoff ended peacefully and without the loss of life,” Sheriff Smith said. “I applaud our deputies for their hard work and extreme patience.”
at 5/19/2020 12:04:00 PM