Early yesterday (April 21, 2020), Ladarius Warford (23) of Roseland was taken into custody without 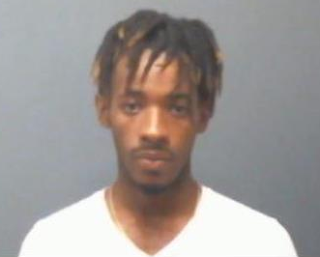 incident on a warrant charging him with four counts of Attempted Second Degree Murder and one count of Aggravated Criminal Damage to Property.

Hammond Police had responded on April 20, 2020 to the 200 block of North Ruland Street in response to a report of a shooting. While officers were responding, they began receiving reports that the victim was being transported to North Oaks Medical Center by personal vehicle. The victim was immediately brought into the operating room.

HPD Detectives responded to the scene and were able to locate a witness. The witness stated after the shots were fired, she saw a black male wearing all black and carrying a long rifle running to a black, four-door car. Detectives learned that a juvenile was struck by a bullet fragment, but suffered no injury. Detectives also located several objects that were damaged by the stray rounds.

Detectives then made contact with the victim’s fiance who stated she, the victim, and another individual were standing on the road when a black male known to her only as “OD” began shooting at them. The victim was struck in the stomach. Detectives were able to positively identify “OD” as Ladarius Warford and a warrant was obtained for his arrest.
at 4/22/2020 05:53:00 PM