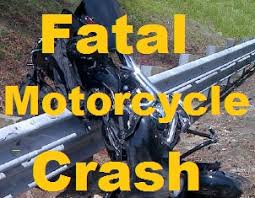 deputies from responded to a motorcycle crash on Hayden Rd off LA Hwy 1061.The crash claimed the lives of 41-year-old Sanford Holden and 18-year-old Harley Holliday, both residents of Mississippi.

The initial investigation revealed Holden was driving a 2003 Honda VTX1 Motorcycle when he failed to negotiate a curve and exited the roadway. Holden and Holliday were both ejected from the motorcycle.