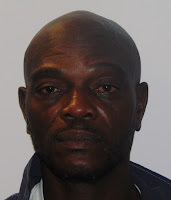 Trent O’Neal Brown, age 51 and a resident of Foster Town Road near Varnado, is in the Washington Parish Jail for his ninth time since 2016.

Early Friday morning (March 6, 2020), Washington Parish Sheriff’s Office Patrol Sergeant David Cupp was dispatched to a residence in the Varnado area in reference to a disturbance. He encountered two males involved in a physical altercation. Both were ordered to separate, at which time Brown became belligerent towards the officer. Brown was secured in handcuffs for security reasons and placed in the rear seat of the officer’s car.

An investigation revealed that the other male was attempting to prevent Brown from re-entering the residence. The homeowner advised that Brown forced the front door open, entered her residence and struck her on the head, stating that he intended to kill her. At that time she struck Brown on the head with a skillet, causing a small cut. He exited the residence.

Northshore EMS responded to the scene, treated Brown and medically cleared him. Sgt. Cupp then arrested Brown and transported him to the Washington Parish Jail charged with home invasion and being a fugitive from another jurisdiction. A records check indicated Brown had two outstanding warrants from the Bogalusa Police Department. Sgt. Cupp was assisted by deputies James Gregorio and Raymond Myers.

Brown’s previous stays in the Washington Parish Jail have been for various criminal offenses, including domestic abuse with child endangerment, disturbing the peace, resisting an officer, unauthorized entry into an inhabited dwelling, criminal trespass, domestic violence battery, sale of legend drugs without a prescription and failure to appear in court.

“Sgt. Cupp does a very good job protecting the citizens of our parish,” stated Sheriff Randy Seal. “He, along with deputies Gregorio and Myers, kept a bad situation from getting worse. While the vast majority of Washington Parish residents were home sleeping, our deputies were working and keeping us safe. Good job, men!”
at 3/06/2020 10:48:00 AM