The number of reported Louisiana cases has increased since today's 9:30 am update.from 240 to 280.

Reported deaths has increased from four to seven. Two of the deaths (a 58-year-old and a 53-year-old) were reported to have underlying medical conditions, were Orleans Parish residents, and were being treated at Touro Infirmary Hospital and Medical Center in New Orleans. Four of the deaths (a 84-year-old, a 80-year-old,  a 98-year-old, and a 92-year-old) were residents of Lambeth House, an assistant living facility in Orleans Parish. The seventh death is of a 72-year-old Jefferson Parish resident. 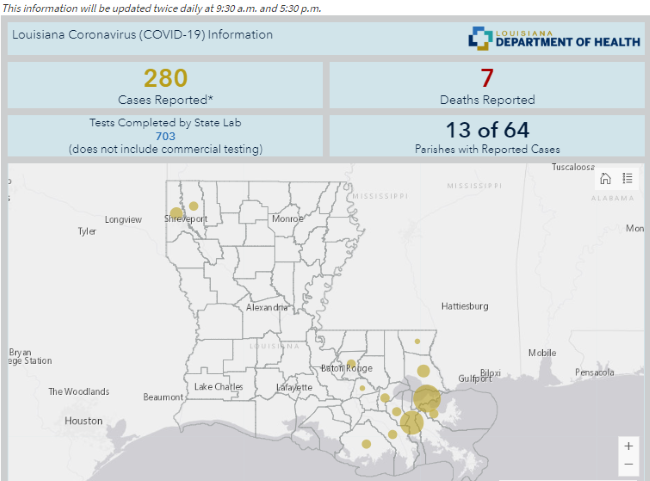