Arrest Made in 2018 Hate Crime Against the Northshore Jewish Congregation 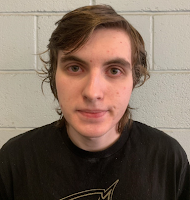 On Tuesday (March 10, 2020), 20 year old Cane Zander Brown of Rio Vista Avenue Jefferson, La. was arrested and charged with Criminal Damage to Property by Defacing with Graffiti and Hate Crimes. The arrest is related to the September 5, 2018 crime where anti-Semitic symbols were spray painted on the exterior of the Northshore Jewish Congregation. The arrest is the culmination of collaborative work of the Louisiana State Police Criminal Intelligence Unit and members of the FBI Joint Terrorism Taskforce (JTTF) of which the Mandeville Police Department is a part, along with other local, state and federal law enforcement partners.

Investigators were able to positively identify Caine Zander Brown as a person of interest. As part of this investigation, Brown was interviewed by FBI JTTF related to another matter. Brown stated he had traveled to Mandeville during the time frame of the graffiti incident. Additionally, Brown was discovered to have made numerous social media posts espousing Nazi beliefs, including denial of the Holocaust and use of the term "synagogue of satan". Brown posted pictures of himself in Nazi head wear and making Nazi salute hand gestures.

Brown was arrested at his residence and transported to Jefferson Parish Correctional Center where he was booked as a fugitive from St. Tammany. Detectives from the Mandeville Police Department will transport Brown back to St Tammany today (Wednesday, March 11, 2020) where he will be booked into the St Tammany Parish Jail on the aforementioned charges.

“The Mandeville Police Department and I stand with our Jewish community! I am pleased that I can finally report to them that we have the individual that we believe is responsible for this despicable attack. I am appreciative of the tenacity of our investigators and I am grateful for the cooperation of the law enforcement community that made this arrest possible. Crime, especially “hate crime” against any member of our community will not be tolerated and will be pursued, no matter the obstacles.”
at 3/11/2020 05:20:00 PM