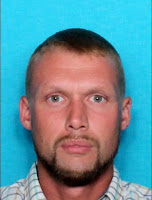 (34) of Pearl River pleaded guilty to two counts of Indecent Behavior with Juveniles. The case was tried by Assistant District Attorneys Tiffany Dover and Angad Ghai and was investigated by the St. Tammany Parish Sheriff’s Office.

In July of 2018, the defendant had attempted to inappropriately touch a juvenile under the age of 13. A relative of the victim contacted the St. Tammany Parish Sheriff’s office the next day after learning of the incident from the victim. Sheriff Deputies responded and investigated the crime. During the course of the investigation, a second victim was identified and interviewed.

Following the testimony of a relative of the first victim, Thibodaux interrupted the trial and changed his plea to guilty as to both counts. The court then sentenced the defendant to 12 years in prison on each count. The two victims and their families were present in court and expressed their support for the sentencing terms.
at 2/20/2020 11:57:00 AM