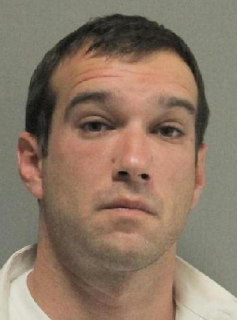 On January 19, 2018 at 4:30am, Sheriff Officers were called to a Madisonville residence in response to a trespassing call. Officers arrived on the scene and found Kott on the front steps of the property. When the responding officers told Kott to leave the property, he refused and attempted to flee the officers and enter the residence. During the arrest, Kott began swinging with fists and elbows, causing a laceration to the head of one of the officers. The officer was treated at a local hospital and needed 5 staples to close the wound.

“Law enforcement on a daily basis sacrifice their safety for the safety of our community. Anyone who attacks law enforcement will be prosecuted and held accountable, regardless of who they are,” District Attorney Warren Montgomery said.

Kott has previous convictions for Resisting a Police Officer, DWI, Careless Operation of a Vehicle, and Vehicular Homicide.