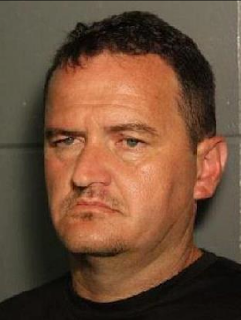 of Bogalusa guilty of Molestation of a Juvenile Under Age 13 and Sexual Battery of a Juvenile Under Age 13. Jerry Vince also has four prior convictions for burglary, violation of a protective order, and two counts of Driving While Intoxicated. He faces 25 to 99 years in prison when he is sentenced on March 10, 2020 before District Judge Scott Gardner. The case was tried by Assistant District Attorneys Blair Alford and Angelina Valuri. The case was investigated by Detective Carli Messina of the St. Tammany Parish Sheriff’s Office.

In March of 2018, the victim disclosed to a school counselor that she had been molested and sexually assaulted by the defendant. The counselor then notified the Louisiana Department of Children and Family Services and the victim’s mother. Upon referral to a local Children’s Advocacy Center, the victim disclosed that the molestation and sexual assaults occurred for several years. St. Tammany Parish Sheriff officers were notified and arrested Vince on April 13, 2018.

During trial, the state presented evidence from three other juveniles who had also been sexually assaulted by the defendant. “The defendant didn’t stop at three victims, but today it stops with you.” Assistant District Attorney Blair Alford stated during closing statements. The jury voted 12-0 guilty on both charges.
at 2/14/2020 11:23:00 AM