Arrest Made in Livestock Theft in Tangipahoa Parish

Colson K. Lambert (23) of Bogue Chitto, Ms., was arrested by the Louisiana Department of 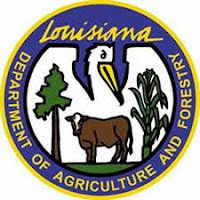 Agriculture and Forestry (LDAF) Livestock Brand Commission on January 24, 2020. Lambert is charged with six counts of theft of livestock.

According to investigators, the LDAF received a complaint from a public livestock market in Tangipahoa Parish that someone illegally removed cattle from the livestock market and took them out of state. Following an investigation, it was determined Lambert was allegedly in possession of the cattle after leaving the public auction market on January 14, 2020.  Investigators were able to link Lambert to the theft through video from security cameras.

Agriculture and Forestry Commissioner Mike Strain, D.V.M., said, “Our public livestock markets provide a legitimate and professional avenue to sell livestock from local producers.  Our brand inspectors move swiftly to respond to complaints in an effort to recover stolen property.”

All six head of cattle were recovered by LDAF brand inspectors and have been returned to the sale barn.

The LDAF Livestock Brand Commission was assisted in this investigation by the Tangipahoa Parish Sheriff’s Office.
at 1/30/2020 05:15:00 PM