Slidell Man Gets 49½ Years for Sexual Battery of a Juvenile 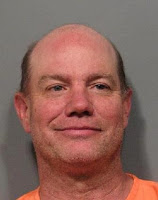 as a multiple offender to 49½ years in prison for sexual battery of a juvenile under 13.

Morgan went to trial and was found guilty by a St. Tammany Parish jury on August 29, 2019. Morgan sexually abused a boy on multiple occasions over several years. The crime came to light in August 2014, when the victim responded with reluctance to a family member’s suggestion that they visit the defendant’s residence. When the adult family member asked why victim did not like spending time with Morgan, the victim revealed that Morgan had sexually assaulted him on multiple occasions over several years. One of the victim’s parents then immediately notified law enforcement.

The Slidell Police Department investigated the case and Assistant District Attorneys Luke Lancaster and Tiffany Dover prosecuted the case. District Judge Richard Swartz, Jr., presided over it and sentenced Morgan on December 11, 2019 as a multiple offender. Morgan has prior felony convictions for possession of cocaine and methamphetamine, as well as multiple DWI convictions.
at 12/18/2019 04:00:00 PM