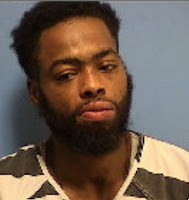 Chaney (33) of Slidell on Wednesday (November 6, 2019) of two counts of Distribution of Heroin. Chaney faces from five to forty years in prison on each count, but as a multiple offender, he could face more time. He is scheduled to be sentenced December 3, 2019 by District Judge Raymond Childress.

Chaney was the target of a narcotics investigation by the Louisiana State Police in August 2017, and an undercover trooper conducted two buys from Chaney.

Chaney has multiple prior convictions, including Attempted Disarming of a Police Officer, Simple Burglary, a domestic violence case from Texas, as well as multiple possession of marijuana convictions. He also has a new pending felony charge in Orleans Parish for Second Degree Battery and Domestic Abuse Battery Involving Strangulation.