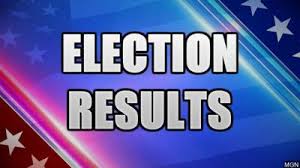 Unofficial returns from the Louisiana Secretary of State, with 99% of precincts reporting, reflect that Incumbent Democrat John Bel Edwards with 51% will defeat Republican "Eddie" with 49% and remain Governor of Louisiana. About 32,000 votes separated the two. Washington Parish opted for Risponse (52%) over Edwards (48%).

In the only other statewide race, Kyle Ardoin handily defeated "Gwen" Collins-Greenup for Secretary of State by a margin of 59% to 41%. Again, these results are with 99% of precincts reporting.

In Washington Parish, Joe Culpepper defeated Melvin Keith in the run-off for Parish Council District 1 seat by a margin of 54% to 46% and 174 votes. This is with 100% of precincts reporting.

In the run-off for 22nd JDC District Judge (Division F), Vincent J. "Vinny" Lobello prevailed over Harold Bartholomew, Jr. by a margin of 54% to 46%. Washington Parish opted for Bartholomew 51% to 49% and 200 votes. This is with 100% of precincts reporting.

In the run-off for Associate Justice of the Supreme Court (District 1), "Will" Crain won over Hans Liljeberg by a margin of 57% to 43%. This is with 100% of precincts reporting.

In the run-off for BESE (District 6), "Ronnie" Morris handily defeated Gregory Spiers by a margin of 72% to 28%. This is with 99% of precincts reporting.