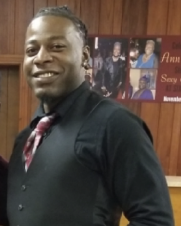 Jackson's body was located near the edge of a wooded area on Dead End Street in Natalbany. Jackson’s death is believed to be the result of homicide. An autopsy to confirm the nature and cause of death has been scheduled. Information on how, or when Jackson died remains under investigation.

The TPSO is urging anyone with information to call the Tangipahoa Parish Sheriff’s Office at (985) 345-6150.  Anonymous tips and/or information can be submitted to Crime Stoppers by calling 800.554.5245, or through our website at tpso.org.