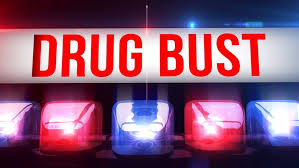 The investigation, which included numerous controlled purchases of illegal narcotics, resulted in warrants on nineteen (19) suspects. Seven fugitives were arrested during the roundup, while twelve remain at large.

Anyone knowing the whereabouts of the aforementioned fugitives is asked to contact Crime Stoppers at 800.554.5245.