Social Security Benefit To Increase in 2020

We thank Emma Dixon, President of Bogalusa AARP Chapter 4032 for the "heads-up"!

The cost of living adjustment (COLA), to take effect in January, will increase Social Security benefits 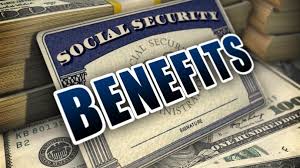 by 1.6 percent in 2020, an average of about $24 per month for individuals, the Social Security Administration announced Wednesday (October.9, 2019). The increase for 2020 is notably less than the 2.8 percent bump received this year, but higher than the average over the past decade (1.4 percent).

The COLA will boost the average Social Security monthly retirement benefit for a single person from  $1,479 to $1,503.

AARP Chief Executive Officer Jo Ann Jenkins says, “Social Security's annual COLA amount typically does not keep pace with all the increases in living expenses that most seniors face, including the costs of housing, food, transportation and, especially, health care and prescription drugs.” In addition, the monthly premium for Medicare Part B recipients is expected to be announced soon.

The Social Security program faces long-term funding challenges. According to the 2019 annual report from the Social Security and Medicare Board of Trustees, the trust fund reserves that help pay for Social Security benefits will be fully depleted in 2035, unless Congress passes new legislation. Once those funds are exhausted, the program would only be able to pay out 80 percent of what each beneficiary should be getting.