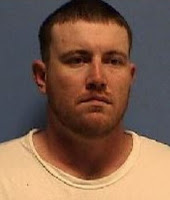 Charles Michael Folse, II (32) of Covington, Thursday (October 17, 2019) on three counts of first degree aggravated rape of a victim under 13, six counts of molestation of a juvenile, and one count of sexual battery.

The charges involve five juvenile victims over a time period that ranged from April 2007 to June 2019.

On June 26, 2019, Folse was arrested on multiple charges of sexual offenses against juveniles. Click here for that report.