On Sunday, October 20, 2019 at approximately 12:14 AM, Troopers from Louisiana State Police 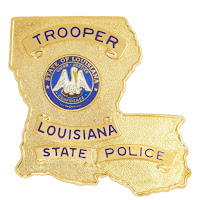 Troop L responded to a fatal crash involving two vehicles on LA 16 at Horseshoe Rd. in St. Helena Parish. The crash has claimed the life of 40-year-old Denise Self of Amite.

Troopers determined that the crash occurred as Self was driving a Ford Contour south on Horseshoe Rd. For reasons still under investigation, Self disregarded a stop sign as she attempted a left turn onto LA 16. On entering LA 16, Self’s vehicle was struck by a westbound GMC Sierra.

Self was unrestrained at the time of the crash. She sustained fatal injuries and was pronounced deceased on scene. As part of the investigation, blood samples were collected from Self for scientific analysis. The driver of the GMC Sierra submitted a breath sample which showed no evidence of alcohol. As Troopers review the evidence, the investigation remains ongoing.