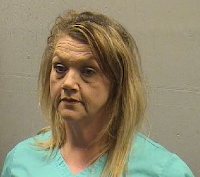 sentenced Wednesday (September 18, 2019) by District Judge William Burris as an habitual offender to 20 years in prison for forgery. Burris found Wilson guilty as charged after she rejected a one-year plea offer.

In the most recent incident of forgery, the victim made a complaint to the Franklinton Police Department in March 2018 about checks that had been stolen from her account and cashed with her forged signature. Investigators identified Wilson as the one who cashed the forged checks, which totaled more than $1,300. Wilson initially lied to officers investigating the case and said she was cashing the checks for the victim but could not explain various discrepancies.