Many of us who live in rural Louisiana depend on volunteer fire protection for our property and for any medical calls that may arise. I live in Stony Point in Fire District 2 of Washington Parish. Fire District 2 has a modern new building to store its equipment and for its members to meet in.

It has this new building because this district historically has had the strong support of the citizens in the district. We have voted in support of tax elections as we trust these volunteers and want them to have what they need to protect our homes and families. I write this letter to bring you up to date on the Fire District.

You may be aware that in July of 2017 a volunteer firefighter, Ronda Sylvest Varnado, was involved in a fatal accident while driving to a call. This was heartbreaking, Ronda was loved by those who knew her and her loss was felt keenly by those she served with in District 2.

Since that time the District has struggled to fulfill the number of volunteers needed by the department. These needs are determined by standards set by the Property Insurance Association of Louisiana (PIAL). The shortage of volunteers has reached a crisis level recently when PIAL determined that the number of volunteers showing up for a call in District 2 was not an acceptable number. District 2 works with its neighboring districts to make each call coming in an “automatic aid call”, which means each call for a district was sent to all 3 districts-District 1, District 2 and District 9. These districts responded in ample numbers to those “automatic aid call” situations received by them. Without the responses of these districts the number of volunteers on scene in District 2 would not have been sufficient and because of that PIAL could scored the District a 10. A 10 would result in much higher property insurance costs as a 10 would be the equivalent of no fire district serving the area at all. No responses to needs of the community have suffered throughout this time.

To prevent a hardship on the insurance rates of our community, the State Fire Marshal and I joined with PIAL and District 2 Fire Chief Larry Sylvest in a meeting held at the office of PIAL in Metairie to discuss a solution to this crisis. Because we have had sufficient fire personnel respond to every fire call (through the automatic aid protocol of the 3 districts) we sought their reconsideration of the 10 rating. Our Fire District is working to increase its roster to satisfy PIAL’s requirement and to present our homeowners insurance from undue increases. I join with the Fire District in asking for your help in this crisis.

We need volunteers to step up to serve. District 2 is working to recruit new members-men, women, young or not so young-you are all needed to make up for the lack of involvement we have seen the past two years. There will be opportunities to get more details on what a volunteer does. If you would like to know more, please call 985 515 2214, you will be doing a great service to your community. 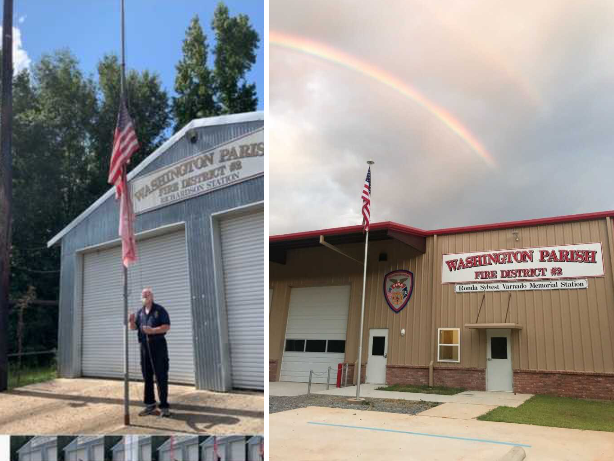