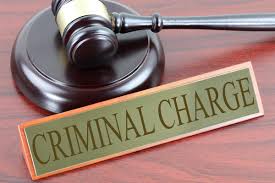 Berry (30) of Kentwood was charged in a two-count bill of information with crimes of wire fraud, bank fraud, and aggravated identity theft.

According to the bill of information, Berry and another person only identified as R.S. met in about early 2013 and soon developed a romantic relationship. Berry began working for an escort agency under R.S.’s supervision, often engaging in prostitution activities. Berry and R.S. traveled nationally engaging in their prostitution scheme.

The enterprise evolved into one that involved meeting individuals online who were interested in companionship, arranging face-to-face interactions with them, and incapacitating them by giving them drugs, which the victims unknowingly ingested. Berry and R.S. would then steal the victims’ valuables.  The scheme was implemented on not fewer than 50 occasions throughout the United States.

Click here for the Bill of Information and more details.

If convicted, Berry faces a maximum term of seven (7) years in prison, a fine of up to $250,000.00, up to three (3) years of supervised release after imprisonment, and a mandatory $100 special assessment.

U. S. Attorney Strasser reiterated that a bill of information is merely a charge and that the guilt of the defendant must be proven beyond a reasonable doubt.