Bogalusa Police Department responded on July 30, 2019 to a call of an unresponsive subject in the 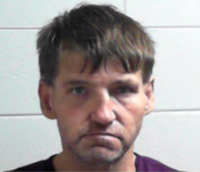 600 block of Ontario Avenue. They found a man, later identified as Jamie Wilson (41), deceased on the scene. Detectives interviewed multiple witnesses and determined that William “Billy” Thomas, a known acquaintance of Wilson, had purchased and gave Wilson heroin which led to Wilson's overdose and death.

Thomas was interviewed and confessed to providing Wilson with the heroin. Thomas was charged with Second Degree Murder and Distribution of Heroin. The Investigation will continue as detectives seek the identity of the person who sold the heroin to Thomas.

There are clear provisions in the Louisiana Revised Statutes that prohibit the dissemination of any controlled dangerous substance to another, whereas great bodily harm or death is caused to the recipient. The Bogalusa Police Department will actively investigate and pursue criminal charges against those who wish to distribute narcotics to others, and this includes not only heroin or cocaine, but also any controlled dangerous substance, including prescription medication.

If anyone has information on the identity of the person who may have sold the heroin to Thomas or the identity of anyone actively selling heroin in Bogalusa or the surrounding area, please contact the detectives at 985-732-6238.