Arrest Made in Livestock Theft Near Easleyville 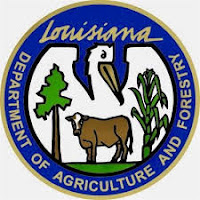 arrest yesterday (July 31, 2019) of Cleophas D. McClendon of Greensburg after LDAF received a complaint from a St. Helena Parish rancher that three calves were stolen from his property in the Easleyville area.

Following an investigation, it was determined that McClendon attempted to sell the calves at a local livestock market. “While at the market, our Livestock Brand Commission officers noticed what appeared to be suspicious behavior by McClendon,” said Commissioner of Agriculture and Forestry Mike Strain, D.V.M. “Quick action on their part along with timely reporting by the owner resulted in a swift resolution.” The LDAF Brand Commission was assisted in this investigation by the St. Helena Parish Sheriff’s Department.

Investigators say McClendon confessed to the theft and the three calves, which are valued at more than $1,500, were returned to the owner.