Rashard Lonzell Bickham (40), a resident of Oakwood Drive in Bogalusa, is in the Washington 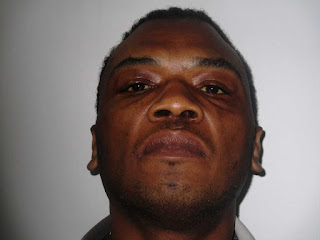 Parish Jail charged with theft, failure to appear in court, failure to pay a court ordered fine and being a fugitive from Lafayette Parish. His bond is set at $23,828.

Bickham’s arrest on July 26, 2019 is the result of an investigation conducted by Washington Parish Sheriff’s Office detectives of a bank fraud complaint from a business on Highway 10 east of Bogalusa. The bank fraud resulted in a loss to the business of more than $13,000 and was discovered when the business conducted a review of their banking records.

Bickham has two previous stays in the Washington Parish Jail. In 2007, he was jailed for drug offenses, traffic offenses, resisting an officer by flight on foot and a probation and parole hold. In May 2019 he was in jail again, charged with failure to appear in court and being a fugitive from another jurisdiction.

“No one is immune from a thief,” stated Sheriff Randy Seal. Individuals and businesses alike should always keep a close watch on their banking records for any fraud that might occur. If you discover a fraudulent entry in your bank records, contact your bank immediately and notify the Washington Parish Sheriff’s Office detective division at (985) 839-3434.