Montgomery made the following statement: “In the Fall of 2017, the Louisiana State Police, FBI, and 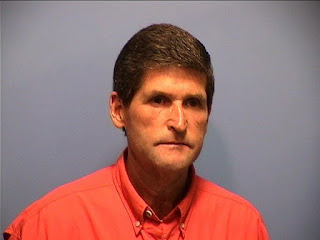 IRS presented me with evidence that former St. Tammany Parish Sheriff Jack Strain had engaged in sex crimes. Over the following 18 months, we conducted a joint investigation, brought in the U.S. Postal Inspection Service, and used the grand jury to confirm and corroborate the allegations. The results of that investigation were presented to the grand jury, which returned an indictment this morning. If found guilty of the charges, Mr. Strain will be sentenced to a mandatory term of life in prison. He has been arrested and taken to the St. Tammany Parish jail.

“I have a duty to pursue justice when a crime has been committed. The grand jury was presented evidence of sexual misconduct by Mr. Strain and made the determination that probable cause exists that Strain committed the violations as returned by the grand jury. Mr. Strain deserves a speedy trial by an impartial jury, and I will make sure he is given a fair trial.”

Criminal Division Chief Collin Sims presented the case to the grand jury and will handle the prosecution with Assistant District Attorney Elizabeth Authement.

The statutory penalties are as follows: