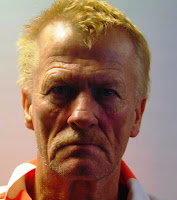 east. As soon as the business opened and the owner discovered the burglary, the Washington Parish Sheriff’s Office was notified. Patrol Lieutenant Chris Hickman and Patrol Deputy Chad Cassard responded to the business.

Camera surveillance revealed a male breaching the warehouse wall of the business and entering between 1:00 and 2:00 a.m. He then loaded two bags with merchandise, went outside, then returned and picked up two more items. The total cost of the stolen items was $1,500. Video footage reviewed by the store owner and employee, along with deputies, showed a clear profile of the burglar’s face who was quickly identified as Charles Dale Bowden (55), a former employee of the business.

WPSO detectives took over the case and obtained a warrant for the arrest of Bowden, a resident of the Crossroads community in Pearl River County, Mississippi. Detectives  coordinated with the Pearl River County Sheriff’s Office and arrested Bowden at his home. Bowden was transported to the Pearl River County Jail and is expected to be transferred to the Washington Parish Jail later this week where a bond amount will be set for charges of burglary and criminal damage.

Sheriff Randy Seal commented. “I congratulate the business owner for having surveillance cameras. This simple tool captured the burglary in progress and enabled quick identification of the burglar who was arrested and jailed the same day of his crime. Our patrol deputies and detectives did an excellent job on this case and we are grateful to Pearl River County Sheriff David Allison and his officers for their assistance. I cannot over-emphasize the importance of surveillance cameras at our businesses and homes.”