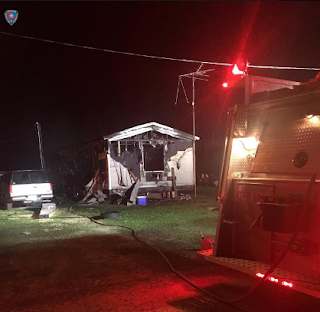 The State Fire Marshall's Office reports that Franklinton Fire and Rescue responded to a call in the 45000 block of Beau Drive in Franklinton, Louisiana around 12:45 a.m. this morning (March 27, 2019).

SFM deputies are currently conducting their investigation into the origin and cause of this tragic fire.

More information will be released as it becomes available.