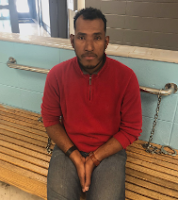 “Making Louisiana safer is a top priority for my office, and we will continue doing all we can to stop child predators and fight illegal immigration,” said General Landry. “This arrest is yet another example of someone who should not be here inflicting damage on our State and her people.”

Velazquez was charged with two counts of Possession of Sexual Abuse Images/Videos of Children (under the age of 13) and one count of Identity Theft. During their investigation into Velazquez, agents from General Landry’s Office located a social security card with his name but someone else’s number, prompting the identity theft charge.

General Landry’s Cyber Crime Unit has investigated thousands of computer crimes that have victimized children from infants to 16 years of age. To report child exploitation, call the Louisiana Bureau of Investigation at 800-256-4506.