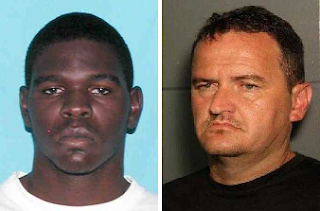 District Attorney Warren Montgomery reports that two men from Washington Parish were indicted on rape charges by a grand jury on Wednesday (October 31, 2018).

Frederick Washington (32) of Franklinton was indicted on the charge of first degree rape of a victim under 13. Washington is accused of raping a girl several years ago when she was about 9 years old.

Jerry LaVelle Vince (43) of Bogalusa was indicted on a charge of aggravated rape of a victim under 13. Vince is accused of raping a girl, who was 9 or 10 years old at the time of the alleged incident in 2013. The defendant also has a pending molestation of a juvenile case in St. Tammany Parish.