The Washington Parish Sheriff’s Office is pleased that one of our deputies, Ronald (Ronnie) W. Manning, is recognized as a Carnegie Hero for his heroism in rescuing two parish women from a burning car in July 2017. 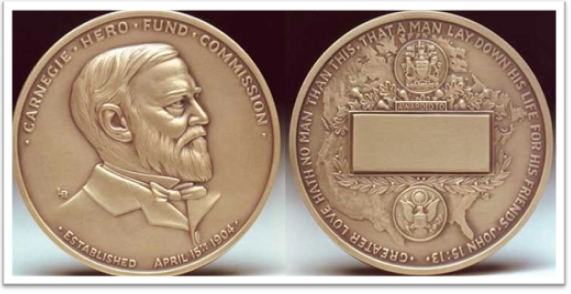 Ronnie is a retired firefighter who has been employed with the Sheriff’s Office since July 1, 2008.  Ronnie effectively serves as a process server, making certain that all legal documents from the courts and the Clerk of Court office are delivered to the intended recipients.

Sheriff Randy Seal commented. “What a tremendous honor to have one of our own nationally recognized by the Carnegie Hero Fund Commission for his heroic life-saving action on July 14, 2017.  Deputy Manning is an humble man who seeks no recognition on his own. It was our pleasure to nominate him for this prestigious award. Congratulations, Ronnie, for a job well done!”

Manning is among sixteen (16) recognized on September 20, 2018 for acts of extraordinary heroism, risking their lives for others found in perilous circumstances.

Manning saved the lives of Bridget D. Stogner and Brittany R. Purvis on July 14, 2017. Stogner, 34, and Purvis, 30, were in the front seats of a sedan that left a rural road (Quave Road) and came to rest on its passenger side at the edge of a wooded area. Its front end caught fire. Manning, 68, was on duty and saw smoke and flames and heard screams for help. He brought a small fire extinguisher from his vehicle and emptied it on the fire that issued from the engine compartment. Unable to extinguish the fire, Manning retrieved a hammer from his vehicle and used it to break out an opening in the sedan’s rear windshield. Inside the car, Stogner had crawled to the rear windshield. Manning, partially entering the vehicle despite the front-end flames, grasped her arms and pulled her through the opening. Manning then fully entered the vehicle through the opening and knelt on the rear, passenger-side door. He extended his arms out and told Purvis to grasp his arms; she did so. He grasped her arms and backed toward the rear windshield, then exited through the opening as he removed her from the vehicle. Flames grew to engulf the front passenger compartment. Stogner suffered smoke inhalation and a cut to her head.

On February 2, 2018, WoodmenLife recognized Deputy Manning and presented him with their Life Savers Award.