Franklinton Man Guilty of Aggravated Crime Against Nature With Boy (4) 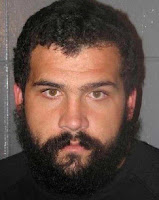 District Attorney Warren Montgomery reports that a Washington Parish jury found Jonathan Luper (27) of Franklinton guilty as charged of aggravated crime against nature with a child under 13. Luper faces a sentence of 25 to 99 years in prison when he is sentenced on October 8, 2018.

The victim, 4 years old at the time of the crime three years ago, told a grandmother that Luper had touched his private part and put it in his mouth. The grandmother alerted authorities, and the Bogalusa Police Department investigated the case.

During Luper’s arrest, investigators found a bunch of soiled baby diapers that Luper collected in a locked closet. Luper admitted to using the diapers to arouse himself when he masturbated. Crime lab tests confirmed his DNA on the diapers.

The trial began Monday, and the jury deliberated about an hour before announcing the guilty verdict.