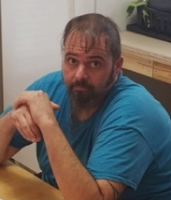 U.S. Attorney Duane A. Evans announced Roy David Melancon (40) of Independence pleaded guilty Thursday (August 23, 2018) to a one-count Indictment charging him with receipt of images and videos depicting the sexual exploitation of children.

According to court documents, law enforcement officials executed a search warrant at Melancon's residence on February 20, 2018. Special agents with the Louisiana Bureau of Investigation seized electronic items, including one cellular telephone and one Amazon Kindle Fire tablet that contained images and videos depicting the sexual victimization of children, some less than three (3) months old.

Melancon faces a mandatory minimum of five (5) years and a maximum term of twenty (20) years imprisonment, followed by up to a lifetime of supervised release, and a fine of up to $250,000. He can also be required to register as a sex offender. Sentencing has been scheduled for November 15, 2018.