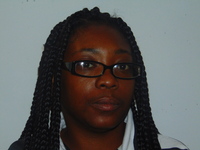 Ponchatoula Police Chief Bry Layrisson reports the arrest of Ashley Johnson (32) on an Aggravated Burglary warrant out of Washington Parish.
Last Thursday night (May 17, 2018), Ponchatoula Police Detectives received information that Ashley Johnson was recently involved in a theft of firearms in Washington Parish and was believed to be in Ponchatoula. Officers were able to locate Johnson at a home on South 2nd Street and place her under arrest without incident. During the arrest, officers were able to recover the stolen AR-15 from the burglary. Johnson was booked into the Tangipahoa Parish Jail as a fugitive. On May 18, 2018, Johnson was booked into the Washington Parish Jail on the charges of Aggravated Burglary, Theft of Firearm, and Failure to Appear. Bond was set at $12,750.00.