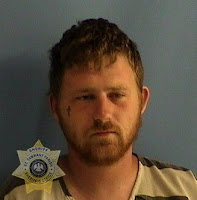 A homeless man, Jeffery Garmon (20) of Talladega, Florida, was arrested Monday (April 16, 2018)
by St. Tammany Parish Sheriff's deputies, after stealing a 1956 World Series Game 5 ticket from a Slidell-area residence. The ticket, which is a collector’s item valued at up to $6000, is a family heirloom that had been passed down to a Slidell man by a family member.
Pitcher Don Larsen made baseball history in Game 5 of the 1956 World Series when he threw a perfect game for the New York Yankees, giving them a win over the Brooklyn Dodgers. This was the first and only perfect game thrown during World Series play. Other baseball legends, Yogi Berra and Mickey Mantel contributed to the win.
The ticket's owner had allowed Garmon and his brother, who were “down on their luck” and homeless, to spend the night. When they left his home the next morning, the victim found his ticket missing. Less than one hour after the owner of the prized article of baseball memorable reported the theft, deputies located Garmon and recovered the ticket in his backpack. The ticket was returned to its owner and Garmon was charged with Theft Between $5000 and $25000.