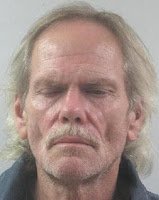 A Washington Parish jury found Henry James McMillan (66) of Angie guilty Thursday (April 20, 2017) of distribution of oxycodone during an undercover operation two years ago. He faces up to 30 years when sentenced on May 8 by Pro Temp Judge Donald Fendlason.
McMillan was arrested after selling four Oxycontin pills at his home to a confidential informant for the Washington Parish Drug Task Force, which videotaped the transaction on July 29, 2015.
The informant also gave $10 to McMillan’s co-defendant, William Kennedy, for arranging the meeting. Kennedy previously had pleaded guilty to attempted distribution of oxycodone on October 10, 2016, and received a suspended sentence of 10 years in prison and five years of probation with drug treatment. He testified against McMillan at trial.
at 4/26/2017 04:47:00 PM