A visit to his ex-girlfriend’s house in Washington Parish on Tuesday (June 30, 2020) landed Ryan 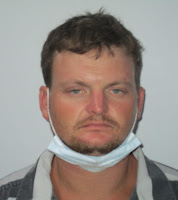 Nicco Smith (age 35 and a resident of Carriere, MS) in the Washington Parish Jail. Smith entered the woman’s residence without permission and committed battery on her in the presence of her child.

The victim called the Washington Parish Sheriff’s Office for assistance. Patrol Sgt. Michael Thomas responded, but Smith had fled the scene when Sgt. Thomas arrived, likely headed to his residence in Mississippi. Sgt. Thomas broadcast an alert, asking other deputies to be on the lookout for the vehicle Smith was driving. Patrol Deputy Chad Cassard intercepted Smith in eastern Washington Parish and took him into custody.

Smith has one previous stay in the Washington Parish Jail. In 2010 he was arrested by the Louisiana State Police for driving while intoxicated.

“Poor decisions, coupled with raw emotion, always produce negative results,” stated Sheriff Randy Seal, “and this incident is a good example. Three main priorities of the Washington Parish Sheriff’s Office are investigation of crimes, capture of criminals and protection of victims. I appreciate the response of our officers to protect this victim and to apprehend Mr. Smith.”
at 7/02/2020 04:54:00 PM